The recent news that Yilmaz Erdogan and Cem Yilmaz (both living national treasures in Turkey) have signed up for The Water Diviner might have tweaked your curiosity about the Turkish Film Industry. I’m a huge fan and confess to having been a complete Turkophile for the last twenty years.

This recent article from Variety on the health of Turkish Film, and this one from Today’s Zaman, might help put things in perspective. The Turkish economy is hotter than a bathhouse steam room in summer, and the Turkish TV and film industries are stronger than ever. Turkey’s most popular film last year, the historical epic ‘Fetih 1453’, grossed over $30 million. The impressive thing about the Turkish film market is how much Turks enjoy locally produced movies, and how they support them. Nor does it hurt the international profile of the industry when movies like Taken 2, Skyfall and The International showcase Istanbul as they have. 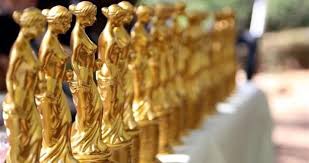 The Turkish industry celebrates its achievements every year at the Golden Orange Film Festival (Altin Portakal), in Antalya (not Istanbul which has its own International Film Festival). Dubbed the “Turkish Oscars”, the Golden Orange has been around since the early sixties and is the oldest in the country. I haven’t been to the event yet but hope to get there one day soon. I’m happy to say that some of the notable award winners in recent years have also been favourite films of mine. For the uninitiated, Bal (Honey), Once Upon A Time in Anatolia, Nest, Edge of Heaven, Hamam (Steam), Head On, The Magician, Hunting Season, Rhino Season and The Butterfly’s Dreaming are all great places to start your Turkish film journey if you even the slightest Turk-curious.

Russell Crowe has been at the American Film Market (AFM) this week announcing new cast members of The Water Diviner. Those who know the Turkish films Once Upon A Time in Anatolia or The Butterfly’s Dream will be excited to hear Yilmaz Erdogan is playing a Turkish officer in The Water Diviner.

Cem Yilmaz, star of Hunting Season and The Magician, and one of Turkey’s most popular actors and comics has also signed up.

Russell has some interesting things to say about his affection for Peter Weir’s seminal film, Gallipoli, and the idea of The Water Diviner being about the human fallout from the campaign. This article in Variety has more detail.

It's 1919, and as the stench of cordite that has engulfed the world thins, an Australian father arrives at Gallipoli to recover the bodies of his sons, only to find hope where he thought there was none.